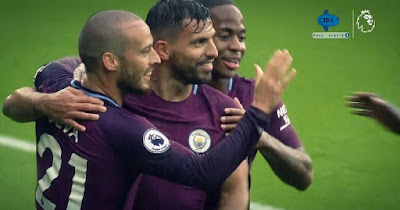 Mola TV is a channel as well as multiplatform cable television services , IPTV , and video on-demand – over-the-top in Indonesia and Timor Leste owned and operated by GVM Networks (part of GDP Venture (a subsidiary of Djarum )).
In October 2018, Mola TV became the holder of the English Premier League broadcasting rights license for Indonesia and East Timor from 2019-20 to 2021–22, replacing the previous broadcaster beIN Sports, whose contract period had expired until 2018-2019. Mola TV will feature all 380 matches each season under the Mola Sports brand, offered as a dedicated English Premier League channel and its own on-demand OTT platform . [2] Mola TV stands with the aim of making its services more accessible and affordable to more people in Indonesia and Timor Leste, especially on sports shows.
In addition to English Premier League soccer, the Davis Cup world tennis tournament also moved together from beIN Sports to Mola TV.
On August 2, 2019, Mola TV was officially launched at the VIP meeting as well as the Grand Launching which was held at the Hotel Indonesia Kempinski , Jakarta.
On September 2, 2019, Mola TV and TVRI officially became licensees for broadcasting PSSI competition rights for three years (until 2022) at a press conference as well as the signing of a Memorandum of Understanding (MoU) by representatives of PSSI, Mola TV and TVRI. [5] Mola TV and TVRI will produce and broadcast all Indonesian national team matches both the first and junior teams (including Garuda Select (starting in the second volume)), the national final round of the League 3 , Elite Pro Academy , Soeratin Cup , and Women’s League 1. On the same day, the broadcasting rights of three soccer tournaments that should have been able to be continued by Super Soccer TV (FIFA World Cup (broadcasting rights do not include outdoor grass soccer clubs and beach soccer national teams) and UEFA ( Country League 2020–21 and Qualification Europe to Euro 2020 and World Cup 2022 )) has moved to Mola TV.
On September 13, 2019, Mola TV announced on its Instagram account that they would officially become broadcasting license holders for the final UEFA Euro 2020 tournament while accompanying MNC Media (through RCTI ) as its partners. [6] [7] Actually, MNC Media had already announced it nine months before Mola TV was officially launched.
On January 13, 2020 the remaining Bundesliga matches of the 2019–20 season began in the 18th week and the UEFA Youth League (starting in the 2019–20 play-offs ) also moved from Super Soccer TV to Mola TV after three other international tournaments that had moved more formerly from the Bundesliga and the UEFA Youth League.
Starting November 30, 2019 (only for new customers of Bank BCA) (for new and new customers coming from the end of February 2020), all matches (ten matches per week) of the English Premier League and two paid channels for Mola Sports can be watched via the mobile application on smart phones and tablets.
On March 27, 2020, Mola TV managed to take over WWE’s broadcast rights from MNC Sports which has expired until 2017. It means, WWE shows are back on the Indonesian television screen after a vacuum of more than two years.
From the end of March 2020, Movies content (such as movies, quizzes, speech titles, and other entertainment) and Kids can be watched on PCs and laptops, then by mid-May 2020, the content (excluding sports content that contains full matches and brief summaries) ) subscription fees have been applied.
Tag : New Frequency