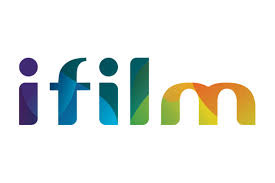 iFilm (Persian: [ˈaifiːlm], Arabic: [ˈaifilm, ˈaifiːlm]), also known as iFilm TV, is an Iranian entertainment network which consists of three channels in English, Arabic and Persian. The network was launched on September 9, 2010. The original purpose of the channel is to present Iranian films and series to the global audience. The network was managed by Mohammad Reza Hatami from its inauguration until he was replaced by Mehdi Mojtahed, son of Ayatollah Mojtahed Shabestari[1] in June 2016.
In 2013, iFilm started an additional channel, broadcasting all content dubbed in English.In July 2013, iFilm and other Iranian channels were removed from several European and American satellites (amongst others those of Eutelsat and Intelsat), allegedly because of the Iran sanctions, even though an EU spokesman told the channel that these sanctions do not apply to media.Programs
The iFilm Network is a 24-hour TV channel, broadcasting an 8-hour block which is repeated twice, starting at 6:30PM Tehran Time. Programming includes TV series, movies, live quizzes on arts, backstage documentaries on films and ongoing productions, movie and film reviews, short films and documentaries about Iran. It usually shows series that already aired from various IRIB channels, but it has had a successful series production, Yadavari (Remembrance) (2013).
In 2015, iFilm was shortlisted by an international jury for a prestigious Eutelsat TV Award.